You are here: Home / About us / Staff and Board

The Apex Scotland Board is responsible for the governance of the organisation. This includes ensuring the organisation is well managed and run in terms of finance, service delivery and reputation. It agrees strategic objectives with the Corporate Management Team and works with them to ensure that these objectives are met.

The current Board members are:

A graduate from Stirling University in 1980, with a BSc in Management Science and Economics, followed by a short spell in trainee management with a national Building Society, Gordon then successfully completed thirty years service as a police officer.  He accumulated extensive operational policing experience within Central Scotland Police, completing a national accelerated promotion course, and serving at various senior ranks, up to and including temporary Deputy Chief Constable, gaining significant national experience in the field of Criminal Justice and wider police management.

Following the inception of Police Scotland in April 2013 he fulfilled the role of Chief Superintendent, Head of Criminal Justice Division, with a focus on partnership working and the strategic development of this business area, which involved significant engagement with all partner agencies and Scottish Government executives.  He retired from the police service in November 2014.

Gordon became a Trustee of Apex Scotland whilst a serving officer in 2013 and has been an active Board member, fulfilling of Depute Chair for two years prior to assuming the Chair in December 2019.

David is employed with Capall Dorcha Theatre Company as Finance Manager and has over thirty years’ experience in accounting roles of increasing responsibility and seniority, reaching the position of Area Financial Controller for a US oil service company.  Twelve of those years were spend working overseas, mainly in Europe and Africa.

David now resides in Glasgow with his daughter.

Jim worked for 37 years in various positions within the public sector mostly in the community justice and addiction services.  From 2006, until he retired in 2016, he was Chief Officer at North Strathclyde Community Justice Authority.  Jim was educated at Kirkcudbright Academy and Edinburgh University (Moray House) and has degrees in economics and community education.

Born and brought up in Edinburgh, Ann graduated with an MA (Hons) in History from the University of Edinburgh followed by a PG Cert in Youth & Community Work from Aberdeen College of Education.

Ann worked as a community education worker and lived in Aberdeenshire for more than 30 years becoming a head of service for Culture and Learning at Aberdeen City Council. During this period, Ann also graduated with an M.Ed from the University of Aberdeen and a Diploma in Change Management from the Robert Gordon University.

At the end of 2011, Ann moved from the statutory sector to the voluntary sector and started work with Crisis, the national charity for homeless people.  As director of Crisis Skylight Edinburgh for 7 years Ann established and developed the charity’s outreach services delivering education, training and one-to-one support to homeless people in Edinburgh.

Ann is Vice Chair of the Board of Edinburgh College, a trustee of the Edinburgh Development Trust and the Secretary of Southside Community Choir.

Ann has three adult sons, two of whom live in Edinburgh. The eldest lives with his family in Kuala Lumpur.

Karen is a qualified accountant and Fellow of the Chartered Institute of Public Finance and Accountancy.   The majority of her career has been in Local Government finance with her most senior positions being held at the City of Edinburgh Council.  She served as Head of Financial Services until 2012, during which time she also undertook the role of Treasurer to the Royal Edinburgh Military Tattoo and the Forth Road Bridge.  In 2012 she moved to a new position of Head of Corporate Programmes at the Council, responsible for oversight of a diverse range of major projects.  After leaving the Council in 2015, Karen moved into consultancy and training, specialising in financial management and corporate governance.  At this time she also sought to widen her portfolio through non executive opportunities.  She is currently a Non Executive Director at the Golden Jubilee Foundation Hospital where she chairs the Audit & Risk Committee and a Board Member at the City of Glasgow College where she is Chair of the Finance & Physical Resources Committee. 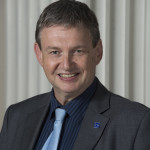 Alan came to Apex as CEO in February 2010 having previously been CEO of CrossReach and before that Director of Modernisation for Suffolk Mental Health Partnerships NHS Trust.

Trained as a psychiatric nurse Alan went on to work in Nottinghamshire and East Anglia as an addictions specialist establishing services and working with both the Dept of Health in policy formation and with the Health Advisory Service as an inspection team leader.  A well known lecturer and writer in his field Alan went on to manage a range of NHS areas covering mental and community health services and subsequently took on a number of Director roles including CEO of a community health NHS Trust.  A keen champion of the voluntary sector he was Chairman of a YMCA Board for ten years and editor of the ANSA Journal and the International Journal of Substance Misuse.

In 2006 Alan moved to Scotland to take up the CrossReach role and developed his Third Sector skills including being elected as President of Eurodiaconia (the European Confederation of Protestant Care Providers) and representing the sector on a range of policy and negotiating bodies.  His current role as CEO of Apex offers new challenges which he believes are at the same time both scary and stimulating which rather reflects the culture within the organisation where the way in which Apex seeks to challenge and inspire its service users is mirrored by the progressive ethos within the staff team.

Alan’s lifelong commitment to marginalised and socially excluded people is reflected in his external interests which include supporting and working with charities and community groups as well as walking, sailing, fishing and making music.  In his work with a range of NGOs he has worked voluntarily in Eastern Europe and remains an advisor to several NGOs and European policy bodies.  He and his wife live in Polmont and have a daughter who works in London. 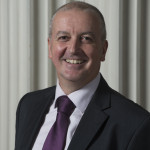 Philip has worked with Apex Scotland since 1997.  A qualified accountant for more than 21 years, he has extensive experience in the public and private sector as well as within the Third Sector.  A member of the Scottish Charity Finance Group and an Associate member of the Association of Chief Officers of Scottish Voluntary Organisations, Philip has also represented Apex on a number of forums over the years bringing financial, political and strategic knowledge to the fore.

He has an in depth understanding of all aspects of Third Sector and Social Enterprise financing and has contributed to the development of social investment thinking and approaches in Scotland.

Philip is a non-executive Director of the social enterprise, Track2Train, which will provide real work opportunities for people with convictions, or those at risk of gaining convictions. 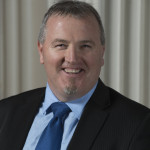 Gerard has been with Apex Scotland since 1997 when he joined the CueTen project as a Councillor/Trainer. This project, for 14-16 year old persistent offenders, was based in Fife and was widely acclaimed for its innovative approach to the issue of youth offending.

In 1999, Gerard moved to Stirling to manage Apex services in Forth Valley. These services included an employment and guidance service, prison based services in HMP YOI Polmont, HMP YOI Cornton Vale and HMP Glenochil and several contracts with Forth Valley Enterprise and Triage. He was also responsible for the first mentoring project within the organisation, matching volunteer mentors with clients who required additional support.

In 2012, Gerard was appointed as Head of Operations with responsibility for all of Apex services and operations including health and safety and workforce development and planning. As a member of the Corporate Management Team he contributes to the governance and strategic direction of the organisation.

His hobbies and interests include following East Fife FC and travel.

The central support team helps to ensure that the organisation runs efficiently and compliantly, providing a range of services for Apex staff and partner organisations.

Lynn Hannah, Central Support Manager/PA
Lynn is senior administrator of Apex, managing a team which provides a full range of administrative services for the organisation and Board, including resources and events.
Email: lynn.hannah@apexscotland.org.uk

Mhairi Simpson, Finance Manager
Mhairi is head of Apex’s finance team which is responsible for the management of Apex’s budgets and finance administration for the organisation.  She works with the Director of Finance to provide financial advice and guidance to the Board of Directors.
Email: mhairi.simpson@apexscotland.org.uk

Elaine Brown, HR Manager
Elaine manages the HR function for the organisation, including all personnel matters and developing, advising on and implementing policies for an effective workforce.
Email: elaine.brown@apexscotland.org.uk

Derek Milligan, Health, Safety and Welfare, and Training Officer
Derek looks after and advises on all aspects of Apex’s health and safety requirements. He is responsible for the implementation of the workforce development programme and training programmes delivered by Apex.
Email: derek.milligan@apexscotland.org.uk

Apex teams are managed by Service Development Managers who are responsible for the operational day to day activities in each area as well as working with local partners and funders to achieve the best outcomes for our service users.

All the Apex staff I have dealt with have been very helpful, and with all the work we have done...

All the Apex staff I have dealt with have been very helpful, and with all the work we have done I am confident it will help me to find employment in the future.
https://www.apexscotland.org.uk/testimonials/tony-apex-service-user/

Apex has given me the tools, support and confidence in order to get me where I want to be in...

Apex has given me the tools, support and confidence in order to get me where I want to be in life.
https://www.apexscotland.org.uk/testimonials/james-apex-service-user/

All the staff I have worked with at Apex have been brilliant in assisting me, and I owe them a...

All the staff I have worked with at Apex have been brilliant in assisting me, and I owe them a lot for helping me get my life back on track.
https://www.apexscotland.org.uk/testimonials/gary-apex-client/

My confidence in myself and other people has increased. By attending this course I now feel more confident in getting...

My confidence in myself and other people has increased. By attending this course I now feel more confident in getting out of the house, travelling on public transport and doing something for me.
https://www.apexscotland.org.uk/testimonials/apex-service-user/

I have enjoyed each session. Some days I didn’t want to leave the house but the thought of going to...

I have enjoyed each session. Some days I didn’t want to leave the house but the thought of going to the Apex group made me get up and go out.
https://www.apexscotland.org.uk/testimonials/apex-service-user-2/
0
0
Apex Scotland